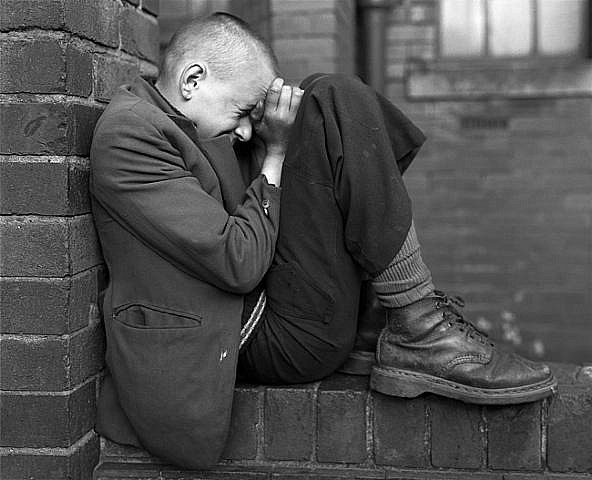 Chris Killip (born 1946) was at the forefront of a generation of photographers interested in documenting the political and social issues of working-class communities in the 1970s and 1980s. He was influential in presenting photography as an art form, both as the co-founder and director (1977–9) of Side Gallery, Newcastle and through his critically celebrated publications such as Isle of Man 1980 and In Flagrante 1988. Killip’s photographs of people and landscapes in his native.
Isle of Man portray a disappearing Manx way of life. His series of photographs taken in the north-east of England document the industrial decline of its manufacturing towns and docks, and the social disintegration and hardship that ensued. The raw reflection of the cultural and economic circumstances gives these photographs a powerful political undercurrent. Killip’s practice often involved immersing himself in the lives of the people he photographed, building relationships over long periods of time. The poignant images that depict the unemployment in coastal communities emerged out of Killip’s relationships, formed in this way, with a small group of young people living in Skinningrove, North Yorkshire, and in Lynemouth, where he photographed a unique community of people who supported themselves by collecting coal from the sea. His distinctive photographs of the Pirelli tyre factory were taken when Killip was commissioned by Pirelli UK to photograph the workforce at their factory in Burton-on-Trent.