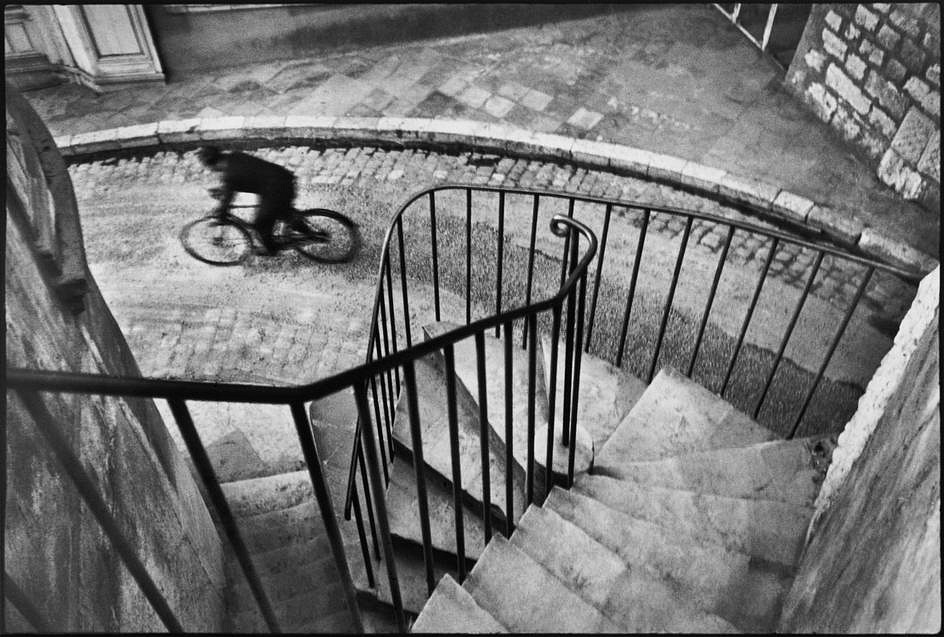 Compositional skill, extraordinary visual intuition, and the ability to seize upon the most fleeting but also most important moments, made Henri Cartier-Bresson (1908 – 2004) one of the greatest photographers of the twentieth century. Throughout his career, while travelling the world and witnessing history’s greatest moments, Cartier-Bresson was always able to unite poetry with the power of documentation. From Surrealism to the Cold War, from the Spanish Civil War to the Second World War and Decolonization, Cartier-Bresson was one of the greatest chronicles of our history; the “eye of the century”, as he is rightly called.

His work falls into three great periods. The first, from 1926 to 1935, when Cartier-Bresson socializes with the Surrealists, takes his first steps in photography and goes on his first voyages. The second, from 1936 to 1946, is defined by his involvement in politics, his work for the Communist press and his experience in filmmaking. The third, from 1947 to 1970, covers the period after the founding of Magnum Photos agency to his retirement from photo reporting.

The exhibition presents a new reading of the immense body of photographic work left by Cartier-Bresson. The exposition is the product of extensive research and covers the great photographer’s entire professional career.