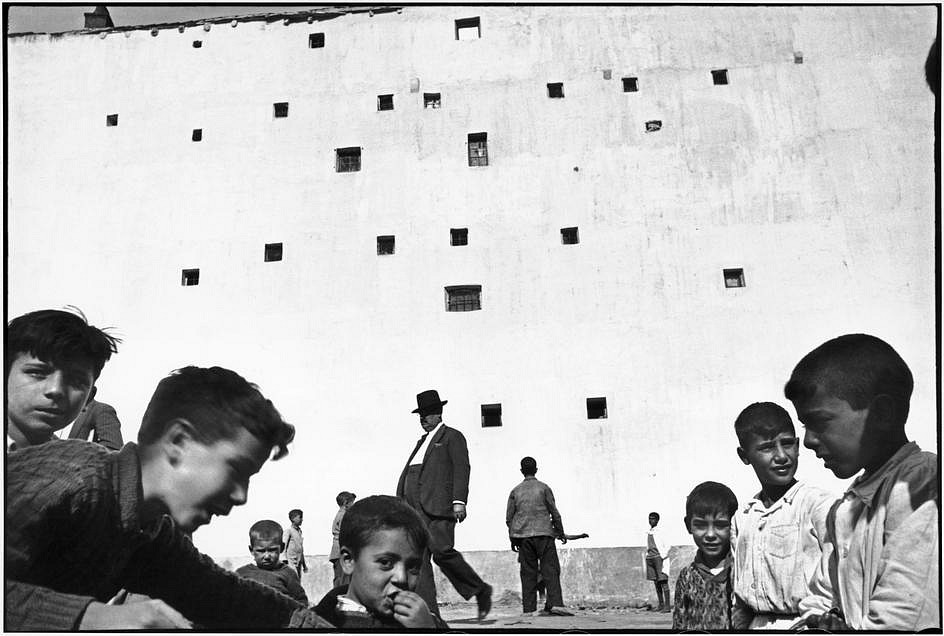 This exhibition invites us to revisit the work of Henri Cartier-Bresson, known as the “eye of the century” for his role as a key witness to 20th-century history. For the first time, it reveals all the richness and complexity of his work and the varied nature of his career as a photographer, from his use of the Surrealist aesthetic to photo-reportage and his later intimate style. As a result, its analysis of the artist’s work goes beyond the concept of the “decisive moment” that brought him fame.

Both chronological and thematic in structure, the exhibition is organised into three key sections. Firstly it covers the period between 1926 and 1935, defined by Cartier-Bresson’s relationship with Surrealism, his early work and his extensive travels around the world. A second section focuses on his political commitment from the time he came back from the USA in 1936 to his return to New York in 1946. The third section opens with the founding of the Magnum Photos agency in 1947 and continues to the early 1970s when Cartier-Bresson ceased to produce photo-reportages.

The exhibition has been organised by the Centre Pompidou, Paris, in collaboration with Fundación MAPFRE and with the participation of the Cartier-Bresson Foundation. The works on display have been loaned by more than twenty international collections, including the Cartier-Bresson Foundation in Paris, the Musée d’Art Moderne de la Ville de Paris, the Cinémathèque Française, the Art Institute of Chicago, the Metropolitan Museum of Art, New York, the MoMA, New York, and the Philadelphia Museum of Art.